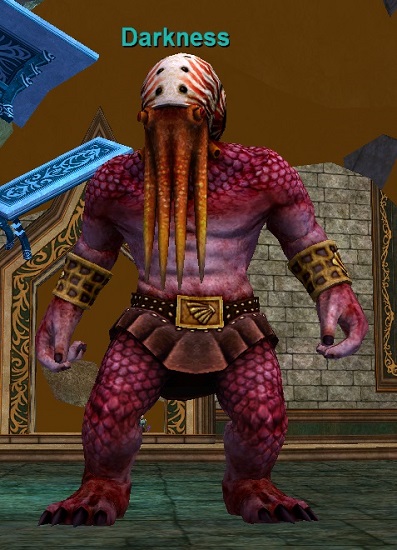 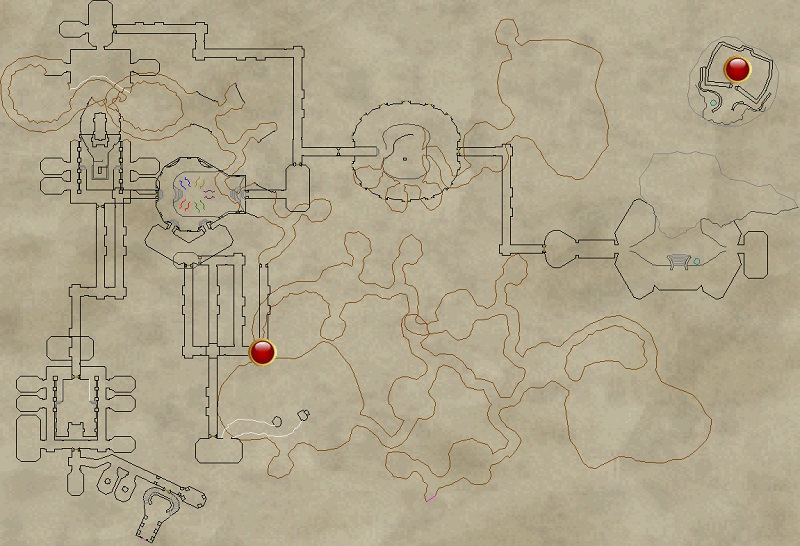 In the comments there are three mentioned spots but only two marked in map. Where's the third spot?

Ok I can now confirm he is on a 1 hour spawn cycle and can pop at any one of the 3 spots. It's the same deal with Screaming Tormentor. They both spawn at the same time, every hour, at one of their 3 spots. Their are no mobs / ph's at the spots. Keep in mind though that the 1 hour timer resets when he dies. So for example, if he is popping at 30 mins past the hour and you don't touch / kill him then he'll spawn an hour later on the dot. But if you engage and kill him he'll spawn again 1 hour from death. So if you pulled him at 6:30 right when he pops and it takes you 5 mins to kill him, next round he won't pop until 7:35. Aka- if your killing him or the Tormentor it will be more like an hour + 2-10 mins each round. Also, they despawn after about 10-15 mins from pop, So engage them before then or you'll have to wait another round.

If you want this guy I suggest the far back camp as 2 out his 3 spots are their and it's a safe camp. To get to the island / building where his other spot is you will need to take Lev off and have a Steamjet Pack. I go to the most far point edge pointed towards the closest edge of the island and it usually works to get up their. Hope all this helps, GL peps!

I can't tell you for sure yet how his spawn works yet, but I do know for sure it doesn't have a single thing to do with 11 AM game time. I went to camp him at the very back room in the creator camp and got him 3 times over like 7 hours. I thought he would spawn from the 2 mobs near that camp or the 4 mobs up on the floating island, that was wrong as well. He spawned every time in the middle of the creator where no mob spawns at all. It appears he is on a timer but I'm not sure how long. I got him about every 2 hours in that spot. One at 7 AM game time, one at like 3 PM game time, and another at like 8 AM or something. Not a single time did he or anything pop in spot at 11 AM game time, ever... So I know that's a load of crap. My guess is their are 3 spots he can pop in, once every hour or 2. Maybe I just got lucky getting him in the same spot at what seemed to be almost 2 hours on the dot, but who knows. So while he does not work like normal named, you can indeed still "camp" him. It's just timed instead of random luck. He dropped the mantle 3 times in a row which sucked as I was after the Knight 2her. I'll try again soon and see what else I can figure out

Has anyone found a safe spot to camp him? There seem to be roamers all over the camp

Darkness spawns in one of three locations on what appears to be a regular rotation. The spawn time is always 11AM in-game time. The PH's will be in the places he "could" have spawned PLUS the location he currently spawned at (so be wary when attacking). We have killed him several times now and tracked his spawn time and location. Hope this helps!